Kalia M. Coleman wants to use her new role as Black Women Lawyersʼ Association President to expand its programming and professional development opportunities, as well as extend the groupʼs outreach to high school students.

“My goal is to be more impactful in the legal community and the community at large,” she said.

Coleman was sworn in as president at the BWLA Board Installation Ceremony on June 3 at the Chicago offices of Kirkland & Ellis LLP.

For Coleman, the BWLA has impacted her personally as a place where she received advice from mentors and formed lifelong friendships with members.

“To be a black female lawyer, you are a minority on two levels, both a racial minority and a gender minority. With that comes unique experiences and unique challenges,” she said.

“Itʼs great to be a part of an organization of women who support you. You can feel safe and vulnerable as you are trying to navigate your legal career and attain success.”

Coleman is a 2010 graduate of the Loyola University Chicago School of Law.
She spent about five years as a Cook County assistant stateʼs attorney before joining the U.S. Attorneyʼs Office in 2016.

The BLWA is partnering with several bar groups, including the Womenʼs Bar Association of Illinois, to host an event in October commemorating the 100th anniversary of Congress passing the 19th Amendment.

Coleman said she hopes the BWLA will build on its existing law student workshops that provide help with drafting resumes and interviewing, as well as writing responses for law school exams.

“In addition to those workshops, Iʼd like to pair up law students with black women lawyers to help mentor them,” she said, adding that the mentors would offer advice on how to maintain mental and physical health during law school.

Coleman said she also would like to create programming to help young lawyers with networking and career building.

As president, she also has a plan to extend mentorship opportunities to high school students in Chicago Public Schools by identifying young minority women who have an interest in law.

“We might bring them down for a career day where various [BWLA] members take them to work one day so they can see what it is that lawyers do,” she said. “We just want to expose them to black female lawyers because often times if you donʼt see something you canʼt aspire to be it.”

She also plans for the group to be more involved in the community, starting with the Bud Billiken parade in August where the BWLA will pass out school supplies. Coleman said she is interested in engaging community members by hosting health and wellness workshops in specific neighborhoods, like Chatham on the South Side.

“It would be an opportunity [for residents] to speak with doctors and health professionals,” she said.

Chastidy A. Burns, BWLAʼs immediate past president, said Coleman is committed to the organizationʼs mission, particularly her focus on encouraging and engaging young black girls before law school.

Burns, a Cook County assistant public defender, said in the past the BWLA has focused on mentoring black female law students.

“She wants to go farther back to younger girls who didnʼt even know going to law school was a possibility, and getting them interested and supporting them,” Burns said. 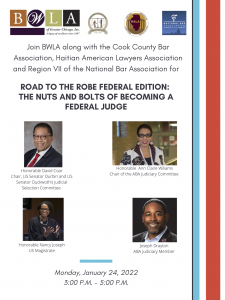 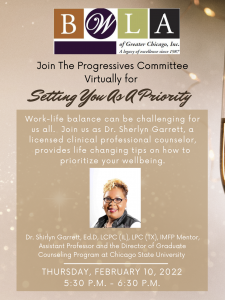 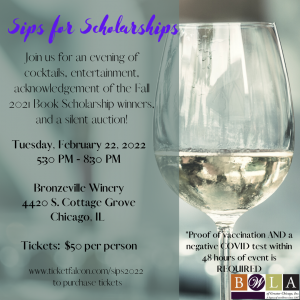